Tomorrow Mark and I have our travel consults and go over the CDC list of vaccinations that are required (suggested!) for life in Ecuador. Having worked in the medical field for 20 years, particularly with these doctors, I already know what they might suggest. Mark leaves for his exploratory trip the end of February and we already feel like we have friends in Cuenca by reading their blogs. Chuck and Nancy have graciously offered to meet Mark during his time there, so I don't feel !like I'm sending him on a "Christopher Columbus" journey on his own. Mark's official day of retirement is April 1st (no joke!), and I think he's ready now. I've done so much traveling this past year (mostly to Europe with friends), I think it's time that Mark does some scouting on his own.

I have a feeling (from what I heard) that he may just end up staying there and making me sell the house and do the moving (you won't do that will you Mark?!). Don't answer that!

Every day I see new pictures posted on Cuenca (more parades, great food, beautiful scenery, more food, great friends, more food -- did I mention more food?!). It seems like there's no end to the choices, variety, and abundance of places to eat and things to see.

I know that living in Sicily we were land locked (it was an island afterall) and just getting on the traghetto to the mainland was a HUGE undertaking), but this will be different.

Spanish is coming along (the 12 years I took growing up are coming back), and I listen to tapes in the car. I've given Mark a cheat sheet to get him through his week in Ecuador (he has a distcint Italian accent, but I'm sure he'll do just fine!).

My goal is to finish the book I'm writing and get it off to the publisher before he returns, so that means I will be hibernating! The few people that we have told that we are "thinking" of retiring in Ecuadaor fall into two distcint categories: "you're crazy" or "that is so cool." I guess it's the pessimists and the optimists duking it out.

We only have one life to live and we surely don't want to spend it in Lancaster County, Pennsylvania (although the Amish have been a nice diversion through the years). Now we're ready for some adventure and "yes" I'm sure well get it!

I hope there are some rental apartments left (it seems like every day more Americans are finding this lovely piece of paradise tucked in the Andes), but as Mark's sister said when she moved from Ecuador aftering having lived there for eight years, "It was the worst mistake of my life...I should have stayed!"

Regrets...we don't want to have them. Life is just to short, so I guess that's why we're having a travel consult because we want to enjoy our time there and not worry about getting sick. I had cholera just once in my life and I'm not sure that I want that "bug" again! Nastsy stuff.

It's funny, our boys (now 23 and 28) have given us their blessing which was important to us, but also my parents and Mark's dad. We assured them that we aren't that far away (we were a lot further living in Sicily!).

This blog is being kept a secret; I'm having the unveiling when Mark returns in March; hopefully, with all the videos he's going to take we'll have a plan in place.

Exciting days are ahead and to think we thought retirement was going to be boring. HA!

Chicken Soup for the Soul

We started our journey to Cuenca in June of 2010. Our friends and family thought we were crazy, but it turns out that it was the best move we ever made. I'm a freelance travel writer and author of several books and contributing author to 40, including Chicken Soup for the Soul. Mark, my hubby of 39 years, teaches English at CEDEI language school. Together we love our new life in Ecuador. We started this blog to help others realize that change is a good thing and that you can start a new life even in "retirement."

The Best of Living and Retiring in Ecuador.com

How to Order the Book

If you don’t already have Kindle on your Mac, you will need to download it from www.amazon.com/kindleformac

For other FREE versions of the software for your computer and other electronic readers: 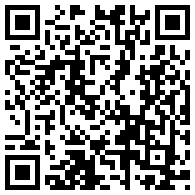 Connect with Me on Amazon

Send Me an E-Mail