It’s hard to believe, but we’re coming up on seven years in Cuenca—almost as much time as we spent in Italy, so naturally it’s a time of reflection (the good and the bad). 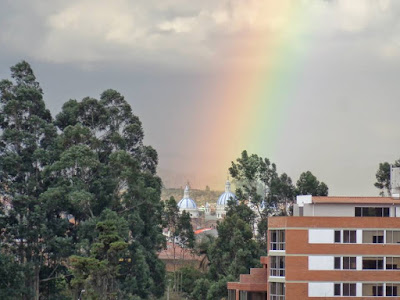 The other day a newcomer asked, “What’s changed in the time that you’ve been here?”

At first, I didn’t have an immediate response (my mind went blank) and then it all came to me. Here’s a list (by no means complete), but it will give you some idea of the transformations that have taken place in this beautiful city we call home.

1. More Security. I remember when we first arrived, the only police presence were the officers in their brown uniforms with their fluorescent vests. Now, we have transportation police at intersections with video surveillance; citizen police who patrol the parks and streets on foot, bicycle and sometimes horseback, and Wi-Fi and video surveillance in the major parks and streets. It’s incredible when you stop to think about it compared to seven years ago. Also, we have a major 911 Call Center and you can bring your phone into a local police station and they can program it so they have all your vital information and your address, so in an emergency you just hit a single digit and help is on its way. Sure there’s still petty theft, but no more than you would expect from any large city.

3. IESS Medical System. When we first arrived we had to have a private medical policy because IESS was not accepting new patients and you had to take a physical exam. Basically, if you weren’t in perfect health you weren’t accepted. That’s all changed. For $78 per month, Mark and I are both covered for hospitalizations, office visits, labs, medical procedures, surgery (inpatient and outpatient), and prescriptions. It’s one of the most efficient systems we’ve ever been part of. We make our appointments online with the same doctor. We’re usually seen within one to three days. Medical records are electronic and we’re seen on time. We’ve never had to wait more than 10 minutes. If we need to see a specialist, the wait time is longer. But we always have the option of seeing one of our private physicians for $25-$35 per visit. Now that we’re in our 60’s, we appreciate the fact that we are part of a stable, reliable, and efficient medical system.

4. Easy Come, Easy Go.  It goes without saying that people come and leave Cuenca just like the restaurants. As soon as you find the best restaurant in town, the next thing you know it’s moved or gone out of business (especially in El Centro). The average for a couple is about three to five years before they move on (either to another part of the world or back to the States). Some of the issues that draw couples back are taking care of elderly parents; grandchildren; and health problems. We are at a high altitude and if you have heart or lung conditions, Cuenca is definitely not the place for you. We receive 20% less oxygen at 8,300 feet and therefore all the vital organs in your body are deprived of oxygen. If you have pulmonary problems or heart issues, look for a place at sea level.

5. Transportation. We have a love/hate relationship with the buses in Cuenca. If we could change anything it would be the pollution from the buses, cars and vans. Emission control is certainly something that they’re working on, but not fast enough. I always cover my face with a scarf when I’m out and about and when I run along the trails. I can’t tell you how many times I’ve come back home and found soot all over my face—streaks of pollution! I don’t even want to think of what my lungs look like. The greatest concern is for younger children who are most susceptible to the particles that lodge in their lungs and stay there! The tranvia (electric train) has made progress, but is often stalled because of contract negotiations. For a while it was making great strides, but now it’s stalled again. It’s on again and off again. I suspect that by 2018, it might be done (hopefully). They are looking to buy new eco-friendly buses, but at $120,000 a piece it might be a while before we see the fleet of 350 being replaced. Mark and I usually walk everywhere and find Cuenca one of the most walkable cities we’ve ever lived in.

6. Language Learning. Mark and I learned Italian in our 20’s and Spanish in our 50’s – what a difference a few decades can make. I still read in Italian, but I’m more fluent in Spanish now (obviously) because I speak it every day. If you don’t use it, you’ll lose it. We see that with our students all the time. A year after they’ve finished 16 levels of English at CEDEI, they can barely answer a simple question. If you only hang around expats, you’ll have a harder time learning. Our younger teacher friends who have boyfriends/girlfriends are fluent in three months. We’re now at the stage where we can read the newspaper, watch TV in Spanish, and understand basically everything, but we work at it. We write down new words every day and then try to incorporate them into our daily conversations. Just like English, you’re always learning!

7. This is Home. Now when we go back to the States, we refer to Cuenca as home. I still believe after seven years that our family and friends haven’t truly accepted it. I think in part because we didn’t ask their permission to move overseas. But for us it was the best decision we could have ever made. This year we’ll receive our social security, which means we can save that income. Our condo is paid for, so we’ll continue to live on my husband’s UPS pension and continue to save, save, save. We will do more traveling, but we want to build up a nest egg again, which is something we definitely couldn’t do in the States. With property tax of $53 a year and condo fees about $58 a month, it only makes sense to buy if you can.  If you own your home, you can easily live off of $1,300 - $1,500 per month. We also don’t own a car (and never plan to), so you can save even more (no gas, no maintenance, no car insurance, and no worries about theft). In fact, almost all our friends who own a car have had some sort of theft problem. We think it’s a luxury not to own a car. 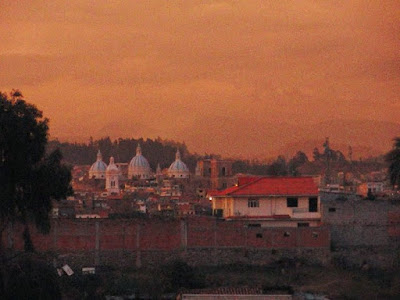 Although many things have changed in Cuenca—including more expats—it’s still the same place we fell in love with. The climate is still the best part (no need for heat or air conditioning). It reminds me a lot of San Francisco – moderate all year long. However, I will say this: I’ve been in some Ecuadorian homes on a sunny day and they’re downright cold! The reason being is they don’t allow the light in because they’re usually surrounded by a cement barricade and the homes are dark. The key to living comfortably in Cuenca is don’t buy more than you need. Our condo is 850 square feet (two bedrooms, two baths that are on separate ends of the house) with windows, windows, and more windows letting in morning and afternoon sun. We have friends who have a five-bedroom home (two levels) and they keep their space heaters running constantly. We love our place and the view that we have (Andes Mountains, view of the city, and the Church of Turi). Best decision we ever made was to buy. And we would never buy a single-dwelling home—only a condo. Almost everyone we know who has bought a single-standing home has had a home invasion and if they leave for a few days or a few weeks, they have to have someone stay at their place. Even our friends with state-of-the art security systems have had break-ins. We enjoy 24-hour security and we can leave any time we want without fear of someone breaking into our place. Peace of mind is worth everything. 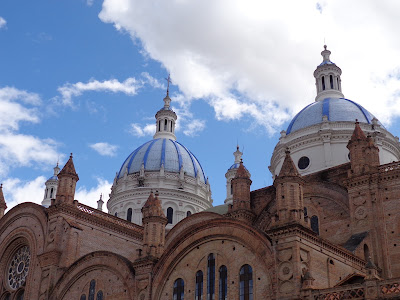 Would we do anything differently? Yes, we would have retired at 40 instead of 55, but that simply wasn’t possible. However, we run into young couples all the time in Cuenca who have retired at 40 and when I ask them how they managed that they say, “We didn’t have kids!”

There you go…the secret to retiring early (not having kids), but then we wouldn’t have our precious granddaughter, Clara Joy!


P.S. Did I mention that you can now get blueberries delivered to your door?! I always told Mark that there was only one thing missing in Cuenca and now our lives our complete. BLUEBERRIES! 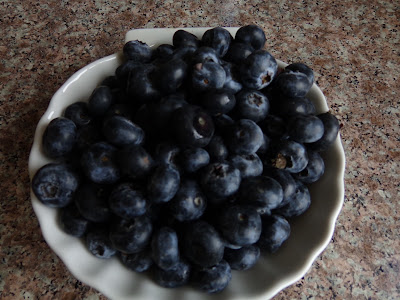 Chicken Soup for the Soul

We started our journey to Cuenca in June of 2010. Our friends and family thought we were crazy, but it turns out that it was the best move we ever made. I'm a freelance travel writer and author of several books and contributing author to 40, including Chicken Soup for the Soul. Mark, my hubby of 39 years, teaches English at CEDEI language school. Together we love our new life in Ecuador. We started this blog to help others realize that change is a good thing and that you can start a new life even in "retirement."

How to Order the Book

If you don’t already have Kindle on your Mac, you will need to download it from www.amazon.com/kindleformac

For other FREE versions of the software for your computer and other electronic readers:

Connect with Me on Amazon

Send Me an E-Mail